Top 10 things/sites to explore while in Berlin 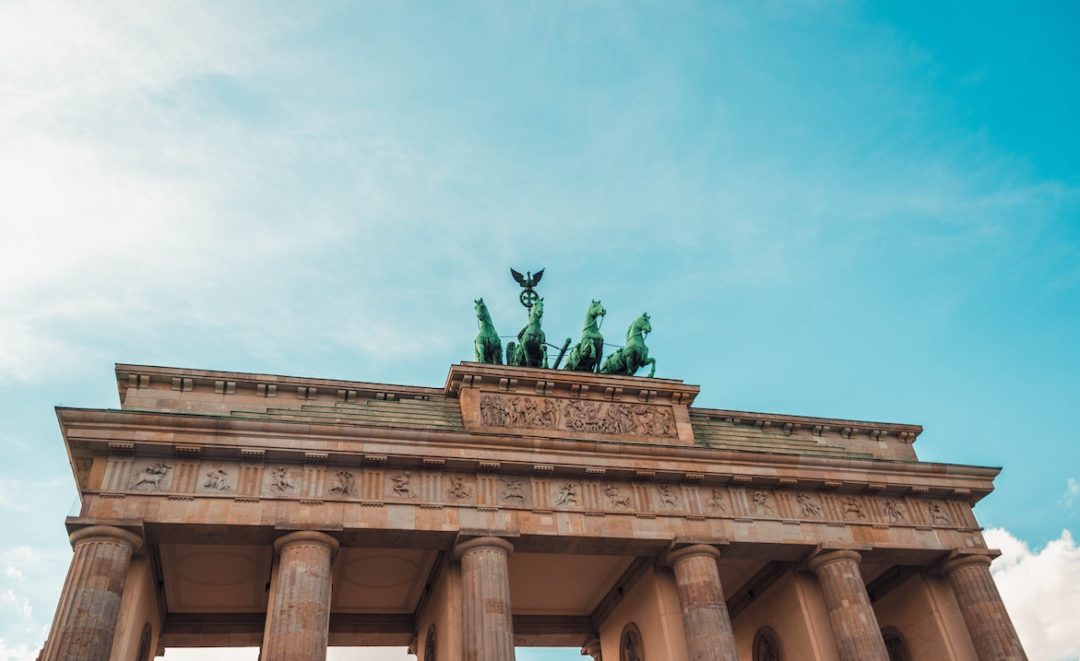 Located on the banks of River Havel and Spree lies a beautiful city, Berlin. This town is endowed with a moderate and pleasant climate no wonder it has plenty of parks and forests.

This site has an interesting backdrop. It was erected in 1961 to prevent gigantic movement of people into West Germany. In 1989, the wall was destroyed allowing citizens of East Germany entrance into West Germany. This was marked with joy and celebrations across Germany. However, prior to this many people had lost their lives. The Berlin wall is therefore a symbol of the effects of Cold War envisioned in East Germany. At the moment, tourists enjoy free movement and unlimited access to the Berlin Wall facilities. The government of Germany has also marked this day as a national holiday that is celebrated annually. Grab a 1 or 2- Day ticket to Berlin today for $21 only.

2.The Brandenburg Gate is a must visit place in Germany located between Mitte and Pariser Platz.

This beautiful site was established in the 18th Century as an entrance point into Berlin. The gate has a statue on top dabbed ‘Quadriga’. Initially the gate had this sculpture Quadriga; a statue of a goddess driving a chariot pulled by four horses. It was seized by Napoleon Bonaparte but later on claimed by Prussian soldiers who reinstated the ‘Quadriga’ symbol in 1990. Brandenburg Gate stands as a sign of victory from Bonaparte’s rule with tourists flooding the site annually. The Berlin Hip-on-Hop off Bus tour will take through the city easily. You can however walk your way to Brandenburg and take photos if you like.

3.The Reichstag building is quite an outstanding site located near The Brandenburg Gate in Berlin.

Started in 1894, the building served as parliament where German rulers adjudicated national matters. Reichstag was doing well until 1933 when it was severely destroyed by a fire. In 1990-1999, this building was renovated by architect Norman Foster regaining its initial appearance. The house has an attractive look with a glass shaped Dome on the top. At the moment, Reichstag is the modern Parliament (Bundestag) where officials meet to legislate national affairs. This site is open to tourists and families throughout the year. You can walk onto the roof and have a better view of the Reichstag and its environs.

The center is open from 8AM-12AM during the weekends but runs throughout the week. Start booking online from 12 pounds alone.

4. The Berlin Cathedral is a gorgeous structural design to visit in Berlin.

Located on Museum Island in the Mitte municipality, the site offers a beautiful view of Mitte’s surrounding. This antique structure was made by Kaiserzeit, a renowned architecture in Germany. This church is ranked as the largest parish in Berlin that accommodates majority of protestant worshippers. It is also a tourist attraction with millions of visitors touring the site yearly. The Berlin Cathedral serves many functions such as concerts and tours among others. Feel free to visit the spot.

5.Fernsehturm or The Berlin Television Tower.

This structural design stands out as the tallest building in Berlin at 368 meters. Fernsehturm was constructed in the 1960s majorly to capture the beautiful appearance of Berlin. It is located in Mitte close to Alexanderplatz. The building has been said to have a unique sign of the cross when the sun shines on it. Hence the name, ‘ Rache des Papstes’- the Pope’s Revenge. Regardless of this, the site hosts millions of visitors annually. You can also enjoy a beautiful 360 degrees view of the city. After a long day of touring Berlin, you deserve a first-class meal. Dining in the Berlin Television Tower is worth your time and money.

Things to try out in Berlin

Wiener Schnitzel is a mouth-watering dish you cannot avoid while in Berlin. It is made from thin veal slices that are pounded lightly in breadcrumbs, whipped eggs and eventually rolled in flour. This dish is prepared by qualified chefs right before you. It is served with capers, cucumber slices and lemon to provide an appealing appearance and fresh taste. The best Wiener Schnitzel is located at KaDeWe.

You can also enjoy street foods such as Naan pizzas which are cooked in a unique Taandori oven.

This food is usually accompanied with fresh ingredients such as sun-dried tomatoes and avocado. Naan pizzas are pretty much cheap. They cost about 4 Euros only. It even gets better when you drink an Apple Grass juice after the meal. Enjoy the best Naan pizza at W Der Imbiss, Kastanienallee street in Berlin.

Berlin experiences summer, autumn, spring and winter yearly. The best season to visit the city is in Spring usually in May. During this time, the city has reawakened from winter. As a result, many folks such as street vendors have resumed their duties while others enjoy the Easter festivals. You can also visit the Museum Island during winter. During this time, there are less visitors hence no congestion. Make sure you get warm clothes and shoes to last you the entire trip.

The 3 Must Visit Destinations In Europe 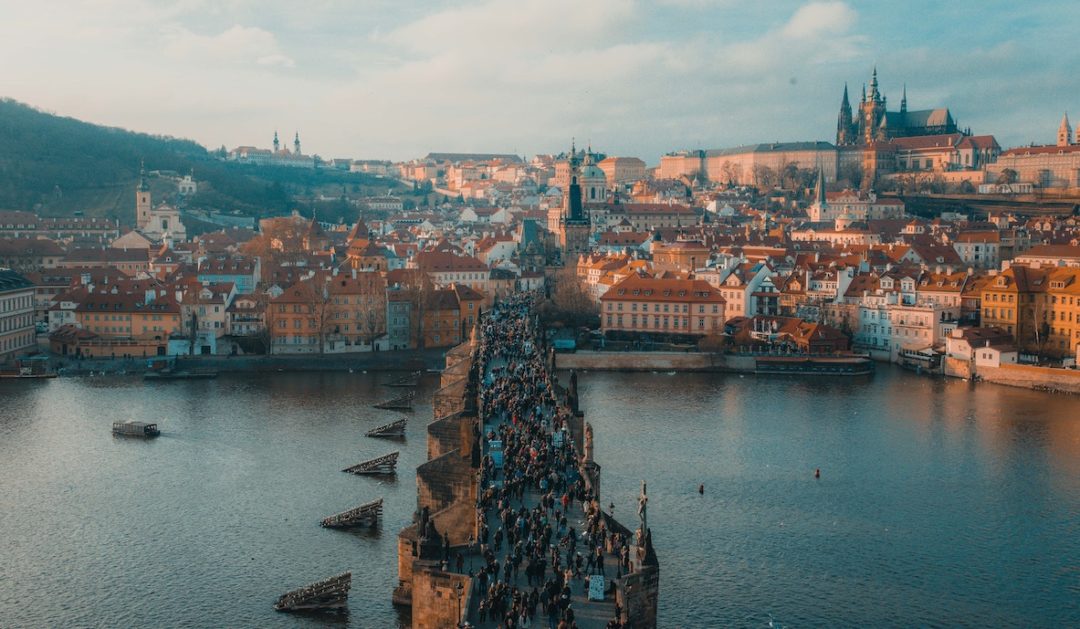 For people who love to go on a vacation, Europe is always on top of the list that everyone wants to visit. Why not? It is a beautiful continent where there are a lot of places that can take your breath away. If you are thinking to spend your next time off in Europe, here are the must visit destinations that should be on your list.

It is a magical city that is backed up by a great myth of its origin. It is a rich country, most especially when it comes to history. There are also a lot of places that you should not miss when in Rome. You should see Pantheon, Piazza Navona, Trevi Fountain, Basilica di San Pietro and a lot more.

It is a beautiful place not just for lovers but for everyone. It is known as the city of lights, and it is one place that someone will not be able to forget once you step in this magical place of love. You must visit Centre Pompidou, Versailles Palace, Eiffel Tower, Musee du Louvre and so much more.

It is a town where you can find all the things you want in life. It is one place whereas people would love to visit and stay for good. All the contemporary things can be found in this city. You can feel the high respect of the people from Shakespeare up to the finest royalty. If you step foot in the city, you must never leave without seeing the Tower of London, Buckingham Palace, Tate Modern and the British Museum.

Those are the top three must-visit destinations in Europe that should be on top of your bucket list. The three cities will no doubt make you fall in love with the place.